The United Church of Bacon is launching a series of six billboards in Birmingham, Alabama to spread the word of Baconism to the American South. In previous years, the 30,000 member Church of Bacon made waves with their billboards around Las Vegas, NV and overlooking the Las Vegas strip, winning the title of “Best Billboard in Las Vegas” one year. The presence of the church is worldwide, holding revivals as far away as Japan and Iceland.

The only requirement to join the church is the enjoyment of the smell of bacon. The three sects of the church are pork, turkey, and vegetarian bacon. Church members are required to follow the 8 Bacon Commandments including to be skeptical, be good, be generous, and have fun. Church membership is about 95% skeptics: atheists, agnostics, and those professing no religion except Baconism. However, our bylaws allow people of other religions to join, as Bacon God is not jealous of a God that wants to be supreme. The church is about getting along with other religions in a world full of hate for people that are different in some way, shape, or form. Much of the hate in the world is religious based.

The church, founded by atheist John Whiteside, on New Years Eve 2009 to spread the word of Baconism as a satirical take on greedy pastors and megachurches around the world.  Our church membership, over 30,000 strong,  are skeptics who worship bacon both because of the smell and taste, as well as because it is a provable entity.  The church does not accept donations and pays taxes.  Our 4800 Clergy may not accept any gifts or money for services. There are no salaries for spreading the word of the Lard, and funds are raised from royalty sales of shirts and other goods on their website. Royalties are 100% used for billboards that are spreading the word of our Lard  and Savour.  More information can be found on their website at praisebacon.com. 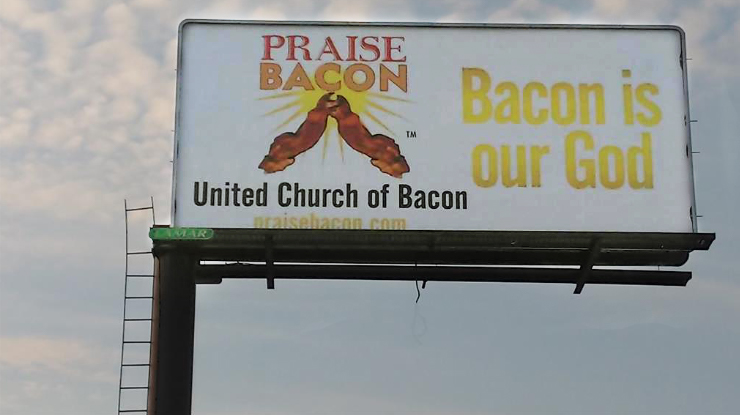 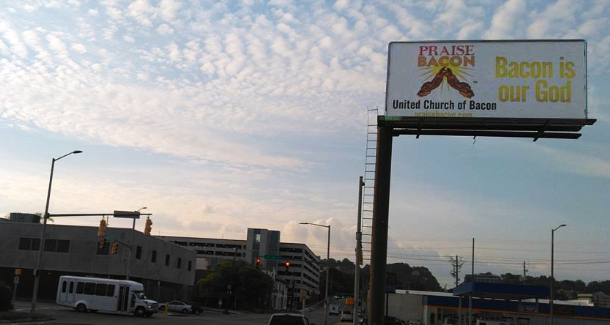 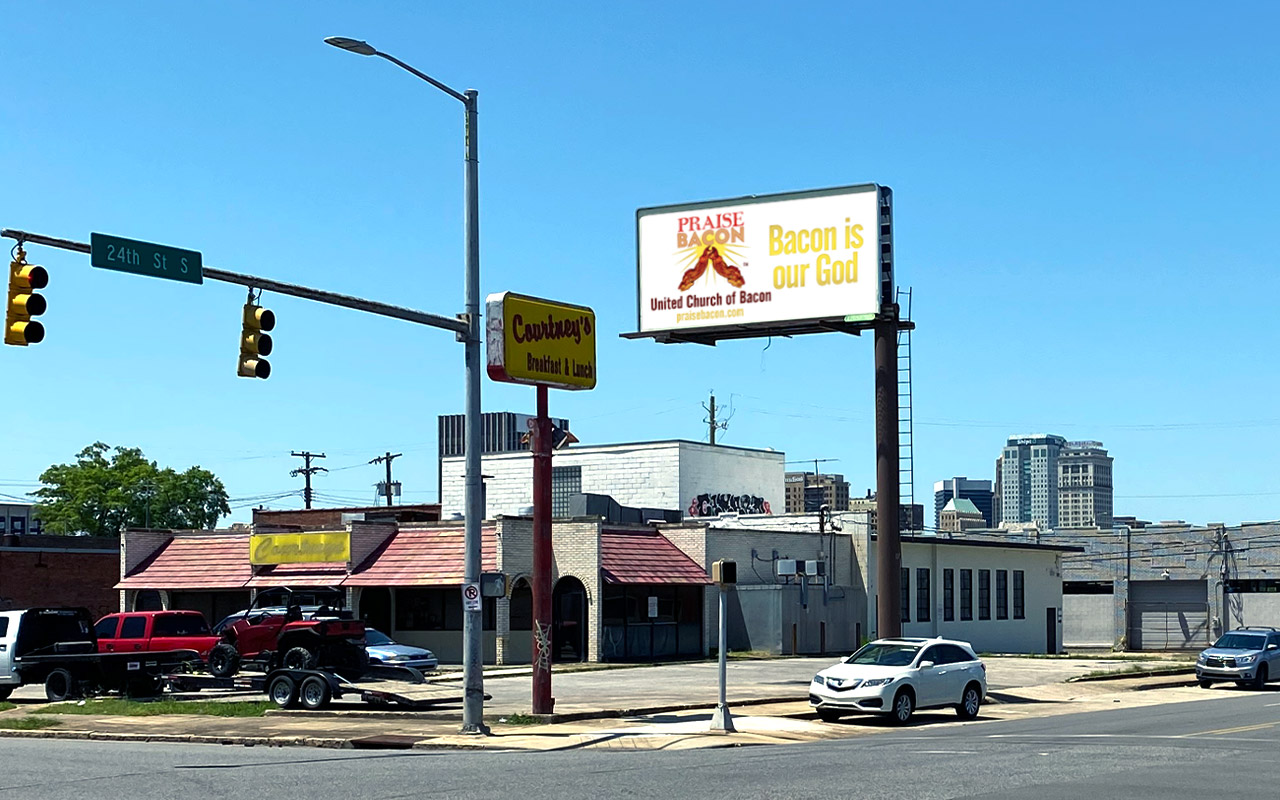