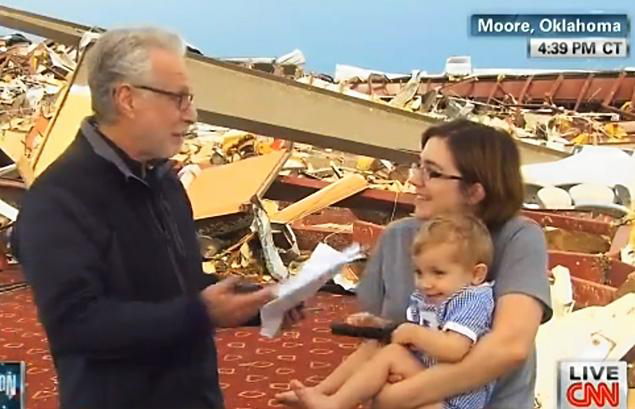 Many people are already aware of Rebecca Vitsum, the atheist woman who survived the damaging Oklahoma tornado in May. To sum up the story, Wolf Blitzer insisted that Vitsum thank the lord after her home was decimated. She politely declined but he insisted until she told him that she’s an atheist.

Shortly after this made the news, atheists united to raise money for her to rebuild her home in Moore. While many amazing groups donated generously, the United Church of Bacon happened to be the single largest contributor.

We at the United Church of Bacon believe in spreading goodwill whenever possible. If you would like to donate to a worthy cause, check out our approved charities list.