What a fabulous win for atheism!

One side announces “Bacon is our god because bacon is real,” while the reverse features a drawing of Founding Father Thomas Paine and his quote, “Infidelity is saying you believe something when you don’t.” 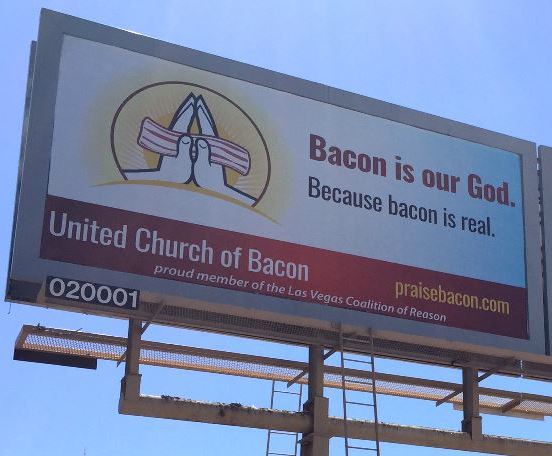 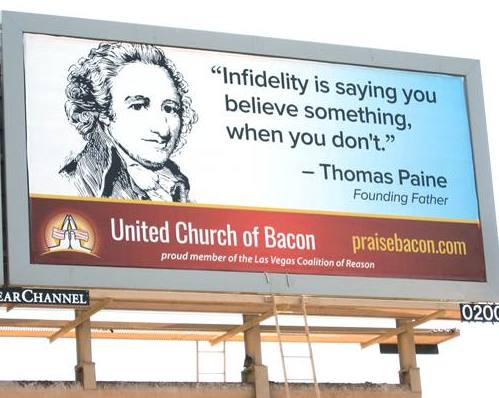 As far as we know, this is the first time ever that an atheist billboard has won an award. That’s not easy to do! It’s a double win for the church because the atheist community usually has to struggle just to get them put up in the first place.

Check it out HERE.

Stay tuned, because we won’t stop.
Look out for more billboards from the United Church of Bacon!