The Las Vegas Metro Police have begun enforcing the law and stopped illegal parking in front of Calvary Chapel.

Prophet John tried for 18 months to rectify this illegal activity alone without results. Then, after the Calvary pastor asked his flock “to pray for John,” the bacon god spoke and The United Church of Bacon was formed to bring attention to the separation of church and state in law enforcement. 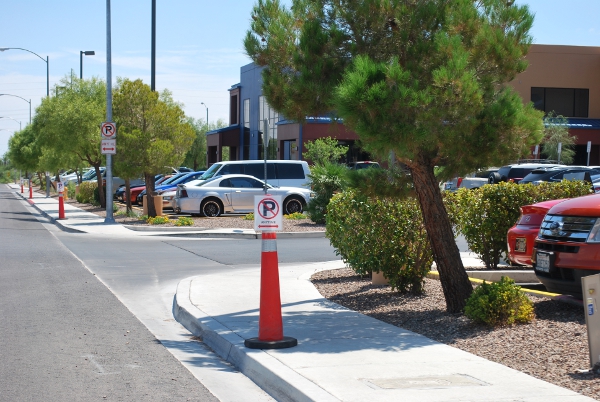 It has now been over six weeks since Las Vegas Metro Police has started enforcing this law and protecting the people from a potential dangerous safety issue.

We would like to thank Metro for their professionalism in striving to provide equal enforcement of the law as well as not issuing citations initially by giving warnings to the law breakers.

Additionally, Calvary Chapel should be thanked for finally, after 15 years, following their bible’s many verses concerning obeying the law such as “for it is not the hearers of the law who are righteous before god, but the doers of the law who will be justified”. (Romans 2:13)

Finally, and most importantly we would like to the hundreds of Bacontarians around the world who have joined in the last few weeks since our launch at The Amaz!ng Meeting 2012. Statistically speaking, we are on our way to the fastest growing church in the world. Count yourself in here.

The United Church of Bacon will have more projects in the future and are looking forward to the expansion of the church to other cities to uphold the principal of church/state separation.