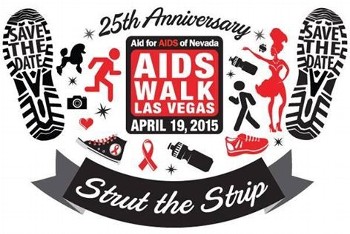 In just the first four months of 2015, the United Church of Bacon, has raised $73,000 for AIDS and secular causes.

The real, legal church was given a funny name as a protest against special legal privileges that mainstream churches get, due to an unfair societal bias that religious people are better than atheists and religious organizations are better than secular non-profits. It was founded in 2010 by Prophet John and friends of Penn Jillette who thought, “Why not create our own church and claim the same privileges for Bacon that others do for God?” The church itself takes no donations and does not claim tax exempt status.

The United Church of Bacon attended the annual Aid for AIDS of Nevada (AFAN) Charity Walk, and was announced as the largest walking team, with a contribution that included triggered matching funds from Las Vegas magicians Penn & Teller, making a total of $30,000 raised. Penn Jillette’s podcast, Penn’s Sunday School, is the official Sunday service of the church.

AFAN provides support and advocacy for adults and children living with and affected by HIV/AIDS in southern Nevada. They work to reduce HIV infection through prevention education to eliminate fear, prejudice and the stigma associated with the disease.

The United Church of Bacon also donated $43,000 privately to veterans organizations and secular causes so far in 2015. Secular charities are part of the growing secular movement, the people who either have no affiliation with a religious organization or are openly atheist. Secular people call for greater separation of church and state in government, more science and reason in government decision-making, an end to discrimination against nonbelievers, known as atheophobia or secularphobia. The church itself preaches a philosophy that God does not exist, and works to protect atheists from discrimination by government, communities, families, and friends.

About the United Church of Bacon

The United Church of Bacon is a real, legal church that was founded in 2010 to protest the privileges that religious organizations get in the law. They are closing in on raising more than $200,000 in 2014 and 2015 for other charities. See www.unitedchurchofbacon.org.